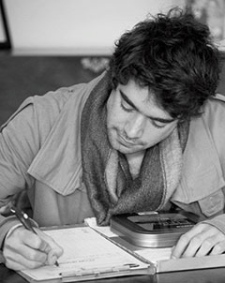 Born in Brussels and initially a journalist, John started his filmmaking career in London in 2011. His graduation film, ‘Interference’, won 6 awards out of 15 official selections in international film festivals around the world.Additionally, his work has been screened at the BFI, on national Belgian television and in the Short Film Corner in Cannes.

After a couple of years as Post Production Coordinator at the London Film Academy, John had the chance to gain experience, challenge myself and grow creatively as a director. With my latest short film ‘Repossessed’ coming out in 2017, I also have been working for a second season on The Voice in Belgium. 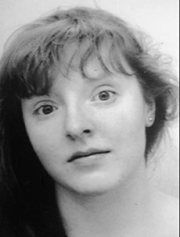 C.K. McKenzie is a British writer, producer and filmmaker with a varied career that has crisscrossed the creative industries. A graduate of both London Film Academy and Cambridge University she splits her time between the UK & USA. Many of her projects have travelled through the international festival circuit from Europe to America and beyond, accruing various nominations and awards along the way.

Creatively she draws on an eclectic spring of inspiration. Her work walks on the darker side of life, exploring the infinite variety of ways the written word can be woven together with film, dance, music, fashion, design, technology and photography. A collection of her non-fiction work and editorials can be found online. She is also actively involved in film education.

Most recently C.K. has indulged her need for variety and developed a range of projects including a novel, a stage play, TV pilots and a clutch of feature scripts. While she’s collaborating with directors and producers, she is also intending to get back behind the camera and complete her first feature film as a writer-director. 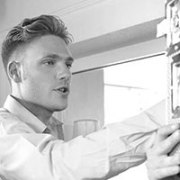 Since graduating from The Arts Educational Schools London in 2010, Christian soon turned his hand to production. His first short film ‘Unforgivable’, starring Emily Atack (The Inbetweeners, Dad’s Army), was picked up and distributed worldwide by Shorts International and is currently available to buy on iTunes in 50+ countries.

Christian Produced his second short film ‘Man’s Best Friend’ in 2015, starring Nigel Planer (The Young ones) written and directed by Rob Sprackling (Gnomeo & Juliet). After being premiered at the Empire Cinema, Leicester Square, the film has now begun its festival run. Short film ‘Repossessed‘  is currently in Post Production. He is Producing Feature film ‘Rise Of The Appliances’ written & directed by Rob Spracking.

He is in development to produce Feature Film ‘Love Sick’ and is attached to Direct & Produce the next episode of the online interactive series ‘TryLife’ to over 5.7million fans on Facebook. 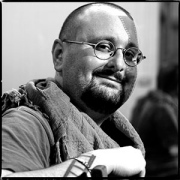 Simon is a London-based freelance film editor. Originally from Germany, he studied Media Design (MA) and Filmmaking (Diploma) in Heidelberg and London. Simon started out in the industry as a news and magazine editor for R.TV in Germany. Having become one of the most in demand editors at the station, he went on to edit a high profile report about German soldiers in the Kosovo conflict, winner of the LFK Media Award in 2007.

After moving to London he worked as assistant editor on The Tournament. The 2009 action film – starring Robert Carlyle and Ving Rhames – remains to this day one of the biggest action films ever produced in the UK.

In 2008, Simon Modery founded the production company Motherlode Ltd. The company produced branded content and advertising for clients like Barclays, Musto and Anthemis Group before moving on to feature length productions. Apart from his freelance work as editor, Simon also works in the field of film education. 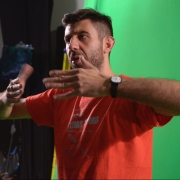 Born and raised in Bari, south east of Italy, Claudio moved to Rome in order to pursue his passion for imagery.

He started to take still photos, developing a strong interest in cinema and moving images, so he decided to study cinema and arts for four years, while also taking every spare moment to travel and pursue his other passions of architecture, urban landscapes and time-lapse video.

It was through all these passions that he was able to combine his interest for composition, shapes and colour with the art of photography. Experimenting, researching, and travelling continued until he arrived in London, where he is now based.  It was in the uk that he found the many interesting people who have contributed to cinematography career; fully enjoying the experience of using lights and cameras as language to portray stories. His experience has expanded to filming many different projects, working in foreign countries, and embracing and working with every format including 3D filmmaking. 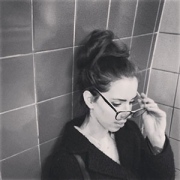 Lili Lea Abraham originally from Hungary moved to London age of 17 following her ambition to become a filmmaker. First gaining interest in films while studying film theory in high school , in the first year studying practical film at University of the Arts, London she discovered her passion for production design and her strong ability for visual storytelling.

During the three years she designed 4 award winning short films and represented Hungary in the 27th Times Cinema program at  the 69th Venice Film Festival.

Since her graduation in 2014 she worked in the art and set decoration department of feature films,  TV series and commercials including Steven Spielberg’s Ready Player One, Warner Brother’s Jungle Book, ITV’s The Halcyon and Working Title Produced Entebbe. While working under the most acclaimed film professionals in the industry she continues to work as a production designer on independent film productions. In 2015 Lili became a Warner Brother Creative Talent Scholar and since 2016 a member of BAFTA Crew.

Her choice of projects to design always reflects her aim to create and be part of a new generation of film makers who respect  film as an art form and have strong sense of quality and uniqueness in the era of mess film production.

In 2016 she designed her first feature film Shapes which is due to release in June 2017.

Paola Cantachin is a London-based film, TV and media composer.

She was born in Verona (Italy) where she began her musical career as a pianist, then quickly becoming an accomplished and versatile multi-instrumentalist (electric bass, guitar, synthesizers, vocals). She got involved in many different line-ups, covering a wide spectrum of musical genres and playing on nationwide important stages such as Porretta Soul Festival (Otis Redding, Wilson Pickett, Solomon Burke just to name a few) and M.E.I. (Independent Labels Meeting).

In 2012 she decided to move to London where she discovered her passion for composing music for moving image. This brought her to focus her studies on producing and composing music to an high standard, achieving in 2016 a First-class Honours Degree in Music Production at BIMM London.

She has recently composed music for “Repossessed”, a black comedy by John Danvoye, and “Cain”, a short film directed by Victor Almeida.

Paola is also involved in side projects as sound recordist/sound designer, which gave her a great insight about all the stages of the filmmaking process, and as music producer: one of her track is featured on “Say Yes: Volume II” compilation, curated by Capital XTRA presenter Coco Cole.